A woman has captured the moment she was kicked out of a popular restaurant after a waiter claimed she was “underdressed”.

A US TikToker, who posts as @willowstreedarkowas dining at Great Divide Brewery and Roadhouse in Castle Rock, Colorado, when she was approached by a staff member.

The woman filmed as the male waiter, named Shane, explained her outfit choice had offended other guests and suggested she order a takeaway drink and leave the premises.

READ MORE: ‘Didn’t know you did a quickie’: Woman receives inappropriate messages from her driving instructor

READ MORE: Casey never knew how much her father loved her until after his death

“You keep getting up and going to the bathroom,” Shane replied. “You’re very underdressed.”

Incredulous, the woman confirmed with the waiter that her outfit was upsetting some of the other guests.

“People were complaining about the way that I look, is that what you’re saying?” she added.

She then became more upset and accused Shane of being racist. “I’ve been sitting here this whole time,” she said. “Clearly I see it as not only racism…”

In response, the TikToker said she was simply going to the bathroom because she had been drinking.

“I’m going to report you,” she told the waiter. “This is so wrong in so many ways. Do you know how much I tipped?”

“I like your business but sometimes we do have to wear a little bit more clothes,” the waiter responded, telling her she should wear something that “covers up her a—”.

“I’ll be real with you, your a—is hanging out,” he added.

It is unclear, but it appears the woman had already finished her food at this point and left the brewery after the waiter made comments about her outfit.

After she posted the online interactions, it garnered over 198,000 views and plenty of comments from outraged followers.

“Blatant discrimination,” one person wrote. “I’m so sorry this happened to you.”

READ MORE: Bride wears three outfits on her wedding day – and the decision was surprisingly practical

Her outfit was revealed in a follow-up clip, showing she wore a black shirt, plaid skirt and lace stockings.

In one video, she claimed it was an older couple who sat down near her who complained about her attracts to staff.

“I was sad at first, but then I went home and thought, how big of a flex is it that I got kicked out of a restaurant for being too sexy?” she said in the clip.

“It’s sad to be that insecure and that place should be ashamed for doing that to you.” 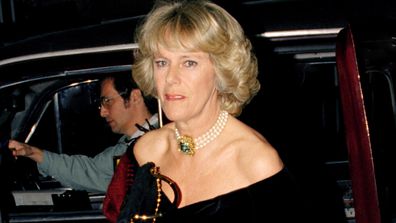 All the royal ladies who have ‘twinned’ in identical clothes